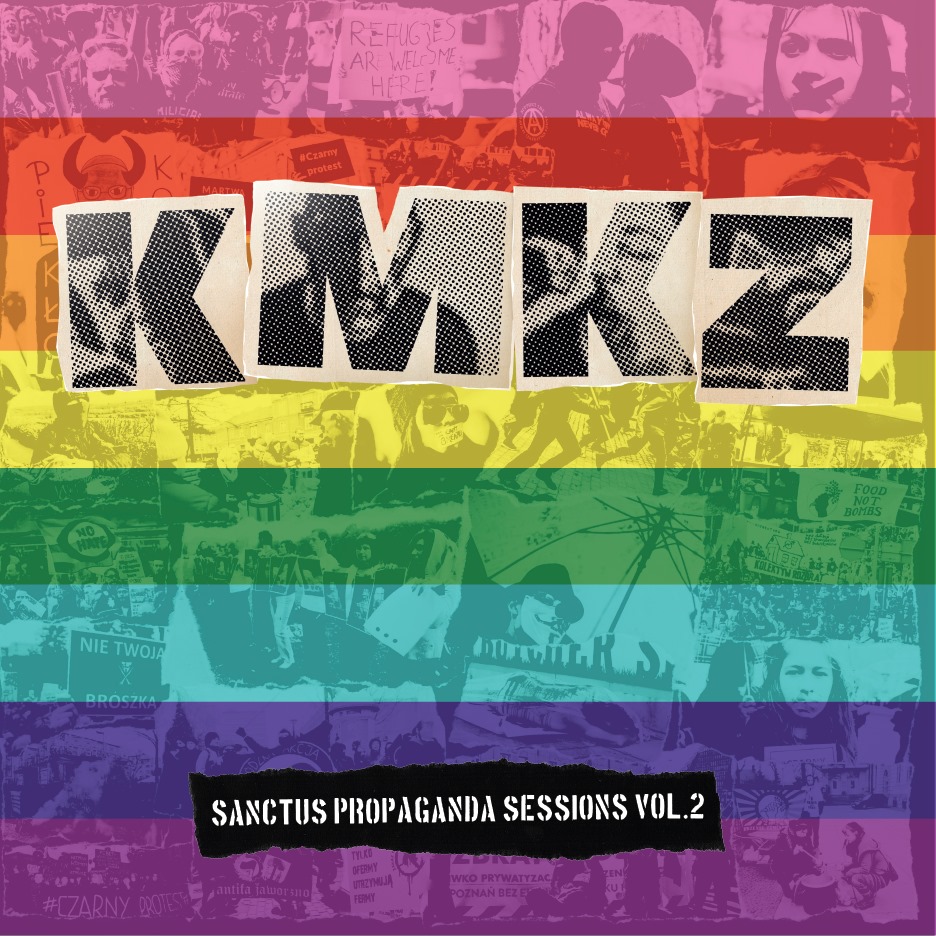 Here is another record from the Sanctus Propaganda Sessions series. This time it’s MKZ who describe themselves as punk roller and they are spot on! With two albums on account, KMKZ mix their tracks in one session, add news ones to come up with 7 hardcore punk anthems that blend anger and melody superbly, plus 2 tribute tracks to Lech Janerka Klaus Mitffoch and Killing Joke, featuring guest appearance from ORPHANAGE NAMED EARTH guitarist and vocalist. Lyrically, the band embarks on a journey to equality on one hand, and inspires us to protest and calls for action on the other. This is what Sanctus Propaganda Sessions are about. They remind us that protest is vital and we need to act for a better future for next generations.

As all records in this series, this is also a benefit release to support Dom Otwarty – a group of people that make refugees’ lives easier by supporting them legally, educating people and collecting money and goods for a better life for the newcomers who want to live among us.

Released in 250 copies on pink vinyl with a lyric sheet. 100% DIY. Protest is vital!

SIDE SANCTUS PROPAGANDA
Pycha
#
Opór
I am the Virus