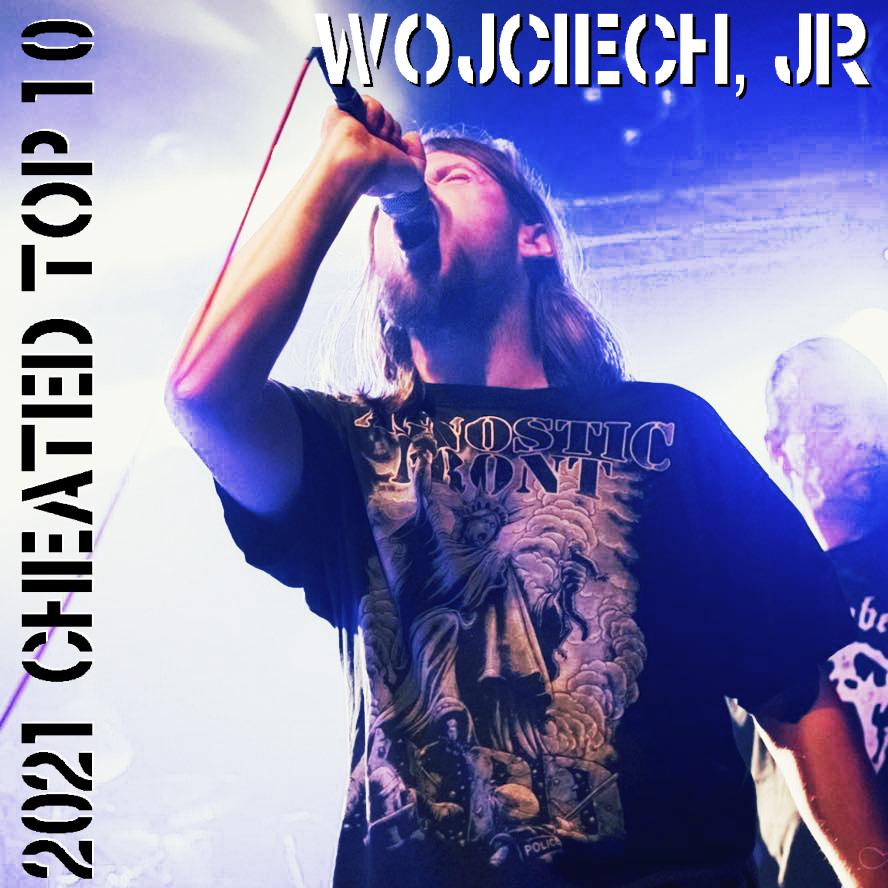 I’ve never been a fan of those “TOP 5 something” lists at the end of every year. Okay, I kinda like to read lists made by others, by to create one on my own is always a nightmare – long time thinking, sometimes writing once again about something that I’ve already reviewed and all that only to get angry at myself that I’ve forgotten something and realized it 10 minutes after publishing the list.
But I couldn’t say no to The First Wojciech of Sanctus Propaganda Writing Collective when he asked me to do so. Also – I’ve done my best to avoid typical punk on purpose – after all, if you’re coming to this site, you’re probably well updated about this genre. Of course, I cheated a bit with some things, but in general it goes like this (PS. order is totally random):

Blockheads – Trip To The Void (Grindcore)

Holy shit, this one is INTENSE. And it’s intense even for grindcore’s standards. 25 pieces of super-fast, brutal grind with a crusty feeling. Blockheads were always a really good band, but this time French crew hit the limits. Sounds a bit like Excruciating Terror, but it’s well-produced and well composed. Oh, and in case I haven’t mention it year- it is really brutal.

I always liked Terrordome, but this album was a bit of a test for them. New line-up, new lyrical direction (finally something smarter and engaged. They’re not an award-winning lyricists, but it was a step in a good direction). Uappa&company delivered a really well-crafted album without any unnecessary experiments or trips. It’s just a pure thrash metal blast. Is this genre becoming the melody of the past? Perhaps. But I still love it.

Moby was always a big inspiration for me, but more as a person than a musician. However, hearing him back to his previous songs and re-creating it almost from the scratch was a nice experience. It’s much calmer, sadder and melancholic, but definitely he’s done a good work here. “Reprise” contains mostly acoustic and/or orchestrated versions of Moby songs. But it’s a great thing to listen after a tough day.

Idles were always something extraordinary. Fresh, brave and fully British in sounds, along with some actions to make our world at least a bit better place to be. After a great first two albums and much weak third one, “Crawler” turned out to be some kind of turning point. It shows more influences (unexpected amounts of Massive Attack appeared here), but it’s still catchy and what’s the most important – you can tell they’re still being true to themselves.

What can I say, goddamn sentiments. Hearing Abba once again at my mother’s house made me feel like a child once again. And the music quality? I don’t care, that’s not the reason they’re here.

Okay, I’m totally cheating here. Usually my list of book to reads is too long, so I rarely read anything in the publishing year, so all the books mentioned here were the ones that made the biggest impression on me in 2021, but probably all of them were written much earlier.

I’m not sure if I finished it at the end of 2020 or at the beginning of 2021, but I’ll put it here anyway. “A Life Too Short” is a biography of Robert Enke, German footballer famous for being a goalkeeper for Benfica, FC Barcelona and Germany’s National Team. But it’s not about sport – Enke was suffering from depression his entire life (and it let him to a suicidal death). And that’s what this book is about – a heartbreaking, shocking story of a man, who cannot fight a disease inside his head. It shows how excruciating depression can be, and after finishing this biography, I had a lot to think about. It’s a story, that shows the importance of mental health, taking care of each other and how easy it is to ignore signs that someone might need our help. Depression can be a lethal disease, do not ignore it.

Bartek Sabela – “Afronauci. Z Zambii na Księżyc” (as far as I know, there is no English version at this point. There’s another book entitled “Afronauts” regarding the same topic, but I haven’t read it)

It’s a document about Zambian Space Program. Back in the day, Zambia had an ambition to reach the Moon before the USA and Soviet Union. It’s kinda impressive to read about such a level of ambition and following such an unrealistic dream. “Afronauts” are shoing two things – the power of dreams and how determined a person can be, but it also shows the image of Zambia after The Cold War. Sabela does a great job to describe how the country that was under colonial enslavement was shattered and how it tried to create its own identity once again. “Afronauts” are a fascinating story with a background to think about.

I’ve reviewed it on Sanctus Propaganda couple of weeks. Excruciating story of a horrible genocide and lesson to be remembered. One of those books that may change you forever.

Marcin Kącki – “Lepperiada” ( No English version, I doubt it will ever be one)

In the mid-90’s there was a politician called Andrzej Lepper in Poland. It’s a crazy story of a farmer turned politician and description of the mess in the Polish government. Why I decided to put this one in my “Top 5”? Because it really shows how dirty and filthy politics are. Sure, I guess that at this point it’s not a surprise for anyone, but seeing another ridiculous examples of what politicians are trying to do to get wealth and power are always worth reading. After all-there are plenty of reasons why we don’t trust them, right? Besides- “Lepperiada” provides great insight for the times of system transformation in Poland, something that most of Polish readers are familiar with, but as I’m still pretty young (still under 30 !) it was a good depiction that helped me to understand some things in a wider context.

It’s just a damn good Science-Fiction, nothing more to add. I know it’s a classic of this genre, and I’m ashamed that I waited so many years before finally reading it.