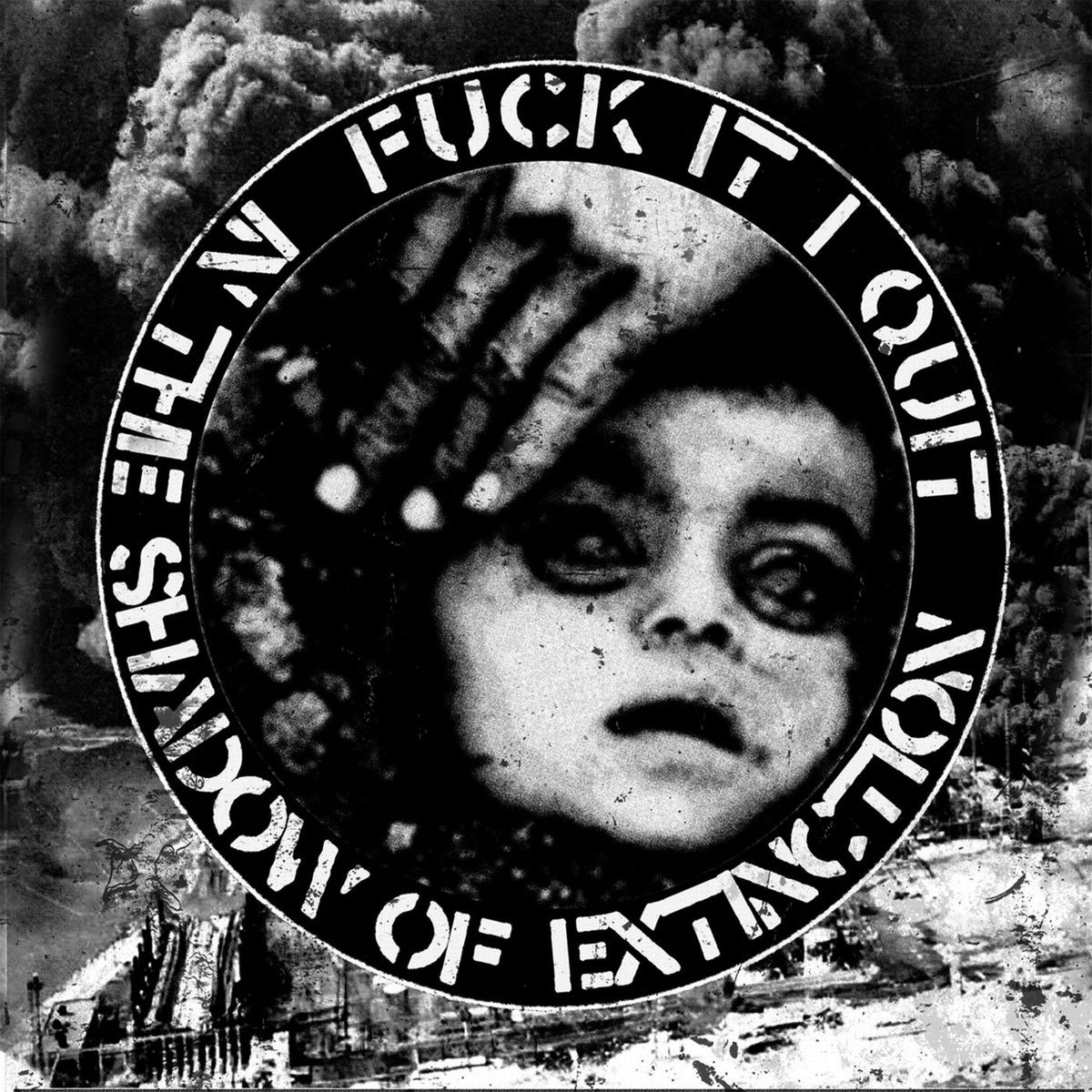 What do you expect from a cover with stencil letters laid out in a circle, straight from Crass Records covers? And then the booklet with more Crass stencils and short and to the point lyrics on rape culture, American imperialism, and animal abuse? No, not an anarcho punk band from UK.

FUCK IT I QUIT are from US and play fast, taking what is best from both American and European hardcore and mix it with just a few slow riffs. It’s not a lengthy EP, 8 songs played break your neck style. Some of them follow the same scheme, starting with a slow intro until all hell breaks loose, the lyrics are shouted out and the song finishes. There you go, if you’re into pure hardcore punk energy fuelled by political stance and, presumably straight edge way of life, (just guessing byt the label that released it), this is for you.