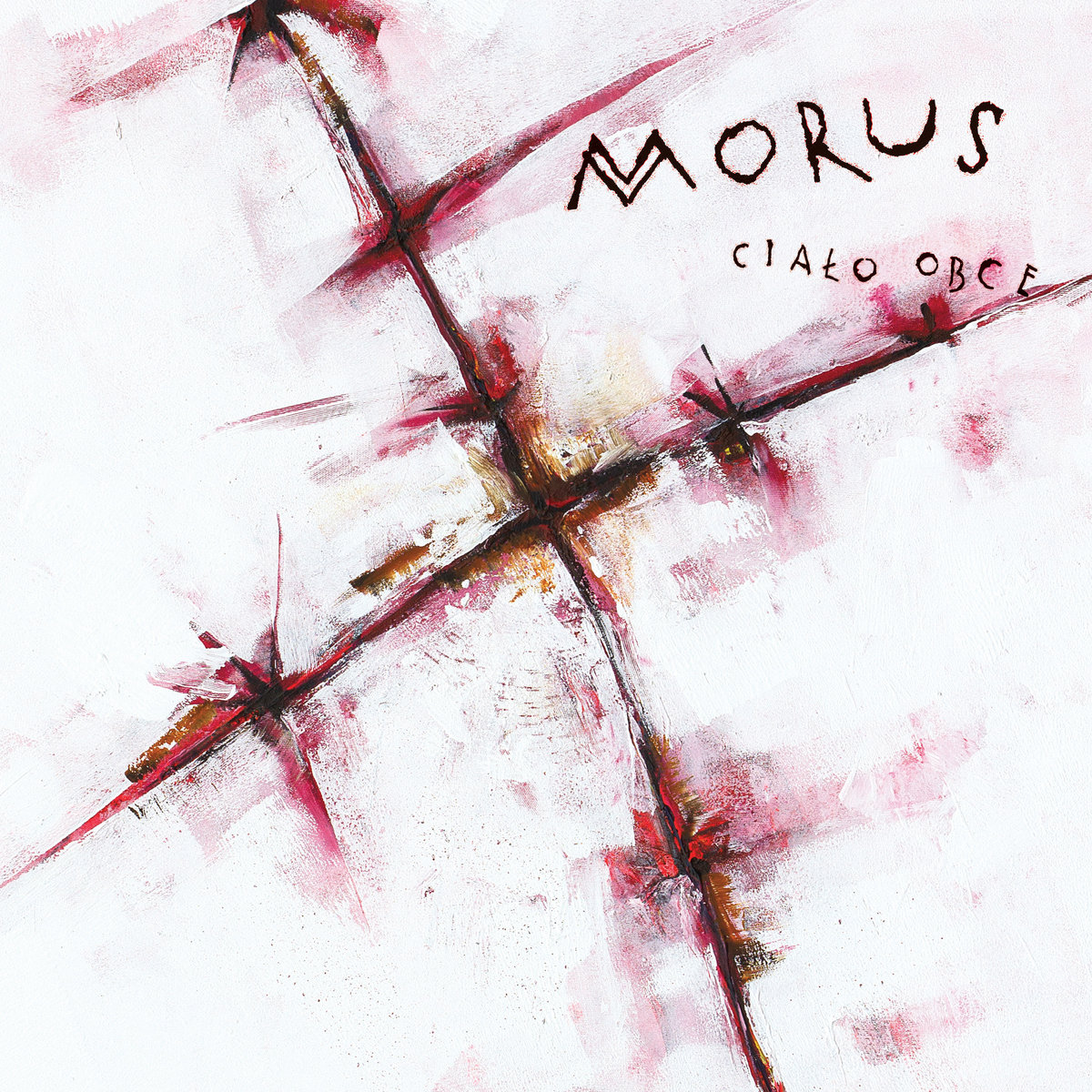 MORUS is a fairly well recognised Polish punk band that throughout its 6 years of ins and outs of existence managed to play well established punk festivals and release two demos.  Time has come to record a full length LP and, hopefully, become a regular and active band around the continent.  “Cialo Obce” has been co-released by Ruin Nation (DE), Unrest (CA), Iron Man (UK), Last Hour (US) and Trująca Fala (PL) so it reaches many homes around the globe.

This uptempo hardcore punk gives you a well deserved rest from your d-beat crust acts or whatever noise rules your stereo.  Those of you who have dug some Polish punk should be no strangers to DEZERTER and POST REGIMENT.  Mix the two and you get something that I have been longing for a long time.  Whilst DEZERTER (the 90s and on) has always been too “clean” for me and POST REGIMENT too rocky at times, MORUS manage to bring the perfect mix of dirty sounding guitars and slightly distorted vocals, finishing it off with punk production of the record, which is not DEZERTER and POST REGIMENT derived.

Do not expect a lot of break-your-neck speed here, but do expect tempo changes and the invitation to travel through the ills of this society, so you give yourself a moment to reflect over the so-called modern life.  Women’s expected role in life, government and media control, domestic relations and the good old rebellion stance.

Make sure you see them play with TRAGEDY this September.  Follow the link here for more details about the gig.

Well produced, designed and delivered by MORUS.  This is the vinyl record I needed in the late 80s and early 90s to trade with friends from Europe.  Timeless.