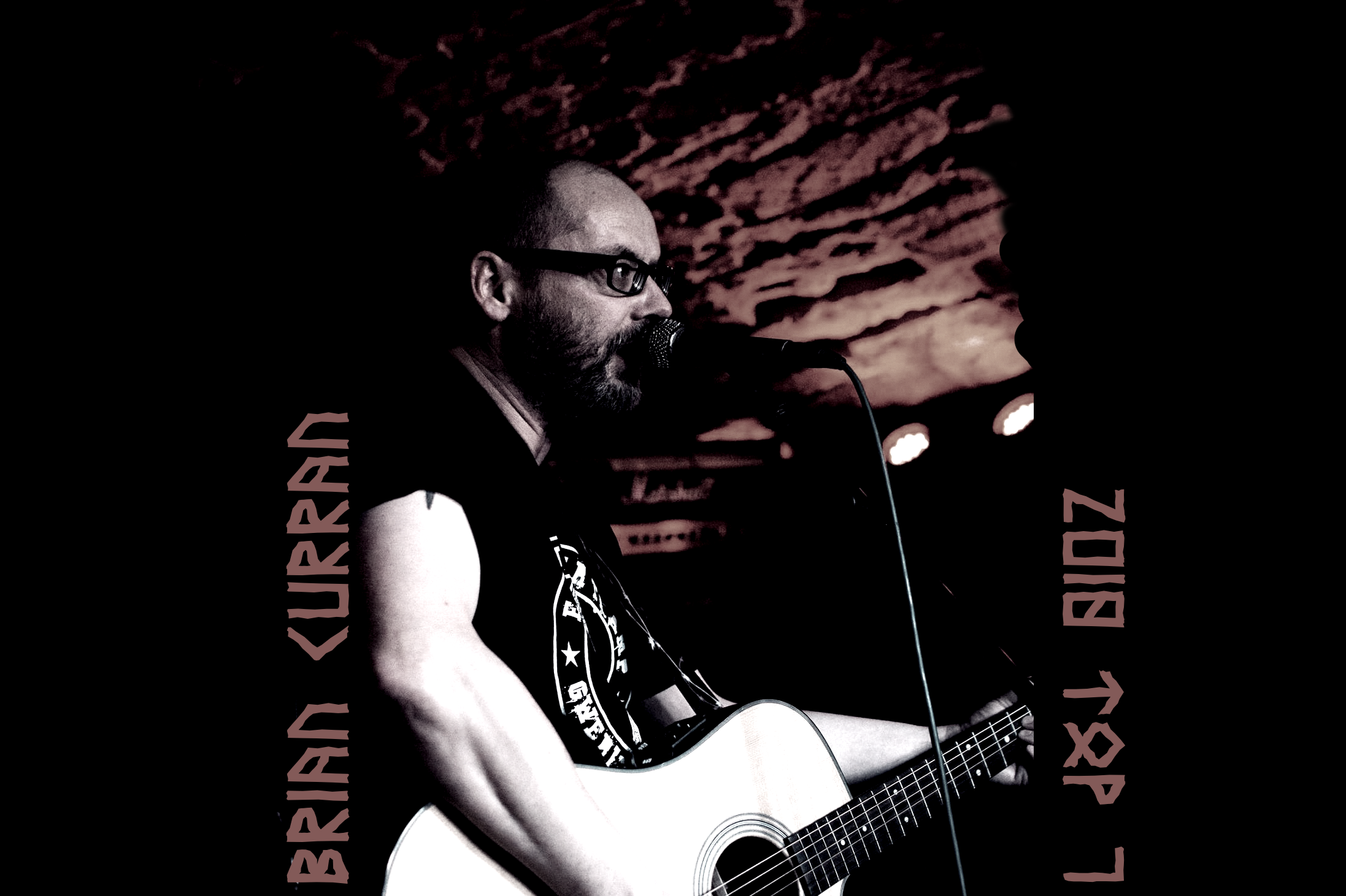 So I was kindly asked by SANCTUS PROPAGANDA if I would provide either a top 5 or 10 favourite albums of 2018.  I thought, I’d go somewhere in the middle and do 7!

Although the following isn’t inclusive to what I have been listening and enjoying of late and indeed, I don’t think all of these releases were strictly 2018. However, they have been on my playlist a lot during this year for various reasons and that is hopefully still within the boundaries of what these lists are about!

Music to me is a lot more than chords, lyrics and structures.  It brings out emotions (good and bad), it takes you to places and stirs memories of times in your life.  It’s historically specific and even though you may hear a brand new LP from a band, it can take you back to a time in your life even if that said record wasn’t even around then.  The 7 LP/EPs I am going to highlight here will most likely not give you a complete insight into what the record sounds like, but it’ll hopefully give you an idea of what I was thinking about when I picked it. I’m obviously making no sense, so I’ll quickly move on and give you my said list (in no particular order) of music that’s meant something to me in 2018!

What can be said about the mighty Bratakus that hasn’t been said before? When I listen to Bratakus it’s weird, as I have known them their whole lives through my friendship with their parents and it’s been an inspiration getting a glimpse of watching them grow into 2 talented individuals, who don’t just make music, but draw, make movies and put in loads of fucking leg work and miles to contribute to a vibrant Glasgow/Scottish punk scene. I mean who else is doing 8 hour round trips on an almost weekly basis to support their ‘local’ DIY scene? I’ve also had the pleasure from playing in my own bands and acoustically to share a stage and some travels with them and to see them grow and mature from their first gig in Glasgow to playing loads of gigs with loads of very different bands and audiences. I’m not just saying this through some sort of blind bias. This record is a total banger with 10 songs in all plus one hidden (yep you can do that on vinyl too!).  I’ve seen Bratakus live quite a lot and I think this record really captures their live energy.  Stand out songs for me are Cyber Queen, Open Your Eyes, Product and Minds Eye. Tommy Duffin at 16 ohm studios did a great job capturing their live sound and the result is a great LP.you only have to listen to the songs on this record and other recordings to know they’re a pretty special band.  They’ve recorded a split EP with Gay Panic Defence since this album and their live set has loads of songs that are not yet recorded, so there are only more good things to come for our aural pleasure.

Fit to Work is a typical example of a band who I had never heard previously, saw them play live and they totally blew me away.  Total top notch hardcore with great humour to match!  The gig took me back to when I was just getting into punk and was being introduced to the magical thing that is DIY punk.  It sounds like a cliché, but it totally reminded me of why I love this music, the individuals who make up the ‘scene’ and the willingness for people to pitch in and make things happen. Fit to Work provided that soundtrack to that moment and they’ve been on my iPod ever since! Anyway, on with the record itself. They have a couple of Eps, but this one features the classic All Cats Are Beautiful and with lyrics like “Cops are fucking racist rapist motherfuckers, Cops are fucking murdering pig fucking scum” what’s not to like. Total raging hardcore.

This LP blew me away with the first chord on the LP.  Heavy as fuck and total catchy tunes to boot. I’ve spent a lot of my adult life listening to this type of hardcore and you begin to easily syphon out what’s shit, what’s mediocre and what is excellent and worthwhile spending some time on. Burning Flag are the latter. I’d heard quite a bit about Burning Flag and I finally got to see them at the 1 in 12 Club at the Chile Fest.  They were nothing short of excellent and contributed to a great night at the club reminding me of all the great gigs I’d seen and played there over the years. This album is truly a great piece of work and although I do not know the band members personally, from the small conversations I have had with them they seem like a sincere and good bunch of people which for me is just as important as the music they play.

Heresy – Face Up To It (re-release)

The inclusion of this LP has just got nostalgia written all over it. I loved Face Up To It when it first got released in 1988 even with the bad production.  The 80s and 90s had so many good bands with good LPs with badly produced records, so it didn’t really matter that much. But hey, but as I said on the opening sentence, I’m a sucker for nostalgia, so I picked up a copy of the re-release when Boss Tuneage put it out and I wasn’t disappointed.  It brought back all the great memories when hearing this LP for the first time and the intensity of the music.  I sadly never got to see Heresy live in the day, but this record had me back in my bedroom at my parents’ house as a teenager again, sharing a sosmix roll with friends and shooting the shit. Well for the 40 minutes that it took to get through all the songs, and then it was back to modern day reality. The album has aged well and I honestly think if Heresy were starting out today, the new hardcore kids would love them! Top notch stuff.

Before you even address the excellent tunes on this record, the first thing that strikes you, If you are asking my opinion, is that the whole package of the band (music, lyrics, political stance) makes them one of the most important and relevant bands around. They are musically nothing like Crass or Conflict. However, like both of those bands, who influenced my personal politics and turned me on to vegetarianism, Petrol Girls have got the same commitment, anger and energy that make you stop and think about the lyrics and what they are saying. This record is a staple on my playlist and, in my opinion exactly what the punk scene needs. I don’t think I have witnessed a time when there has been so many “A Political” punks who say they are only interested in the music and are quick to call out those they believe are being so called “Left Wing Nazis” or “Snowflakes” because they dare to stand by their beliefs. For example, the so called punks who defend bands like ANL or The Macc Lads under the guise of it’s just a laugh and if you’ve got a problem with it then you’re just being to PC.  What a fucking joke. All the more reasons why we need bands like Petrol Girls asking questions, and making people think. It’s difficult and uncomfortable to hear them speaking out about issues such as women being sexually assaulted or raped at festivals, or indeed the subject of unwanted and unwarranted male wandering hands. As they say “Touch me again and I will fucking kill you!”.

I listen to more than just punk.  This is his most recent release, but he’s got a good few LPs out with Lost & Rootless, Raising Hell & Living Cheap, along with High on 95 being my personal favourites.  For those who don’t know, I also try and do acoustic inspired punk music and Tim Barry has been a big influence on me.  Not necessarily the style he plays, but his willingness to put it out there regardless of its imperfections and that resonates with me pretty strongly.  Of all the acoustic artists I have seen play over the years, Tim Barry is without doubt the best I have ever seen. It’s honest, raw with mistakes and all.  Sometimes his voice breaks up during the performance, but this just makes it more real. I quit my long term job in 2016 and a Tim Barry gig and what he was talking about at that gig hit a nail with me and was the catalyst for me to say “fuck it”.  I quit my job and moved on. So for that I alone his music is on my playlist a fair bit.

I can’t imagine many people reading this will be aware of the genius that is RM Hubbert or Hubby as he is also known.  He was part of the punk scene when I was playing in Disaffect and Quarantine, playing in his own bands ‘Glue’ and ‘El Hombre Trajeado’.  I don’t really know how to categorise his music other than its hypnotic, pulls you in and sends you on a journey of thought and emotion. Pretty impressive, especially when you consider the music is predominantly instrumental. I have most of R Hubby’s releases, but I particularly loved this digital only release available on his bandcamp page.  The song The Bird originally by Kathryn Joseph is just masterful. Hubby also doesn’t shy away from talking about his own mental health and depression and these recordings were part of his own ‘recovery’ of this. Like a lot of people, I to have struggled with my own mental health, depression and anxiety and I thank people like Hubby for being so open about it, unlike myself as it gives you some perspective in what you may be going through personally when that is reflected from someone else.  I don’t know if that makes sense outside of my head, but it feels right in what I am trying to say.  In regards to this LP, it is nothing short of beautiful.  There is a quite a few covers on it, so I also recommend you listen to his Ampersand Trilogy to truly get an understanding of what a great musician and songwriter he is.

Brian Curran does his solo acoustic performances and plays guitar and sings for BRAIN ANGUISH.  In the past he played in the following bands: DISAFFECT, QUARANTINE, DEBRIS, RUIN, SCATHA.  We interviewed Brian in March 2018 and you can read the full interview here.  Visit Brian’s Bandcamp page: https://briancurranacoustic.bandcamp.com