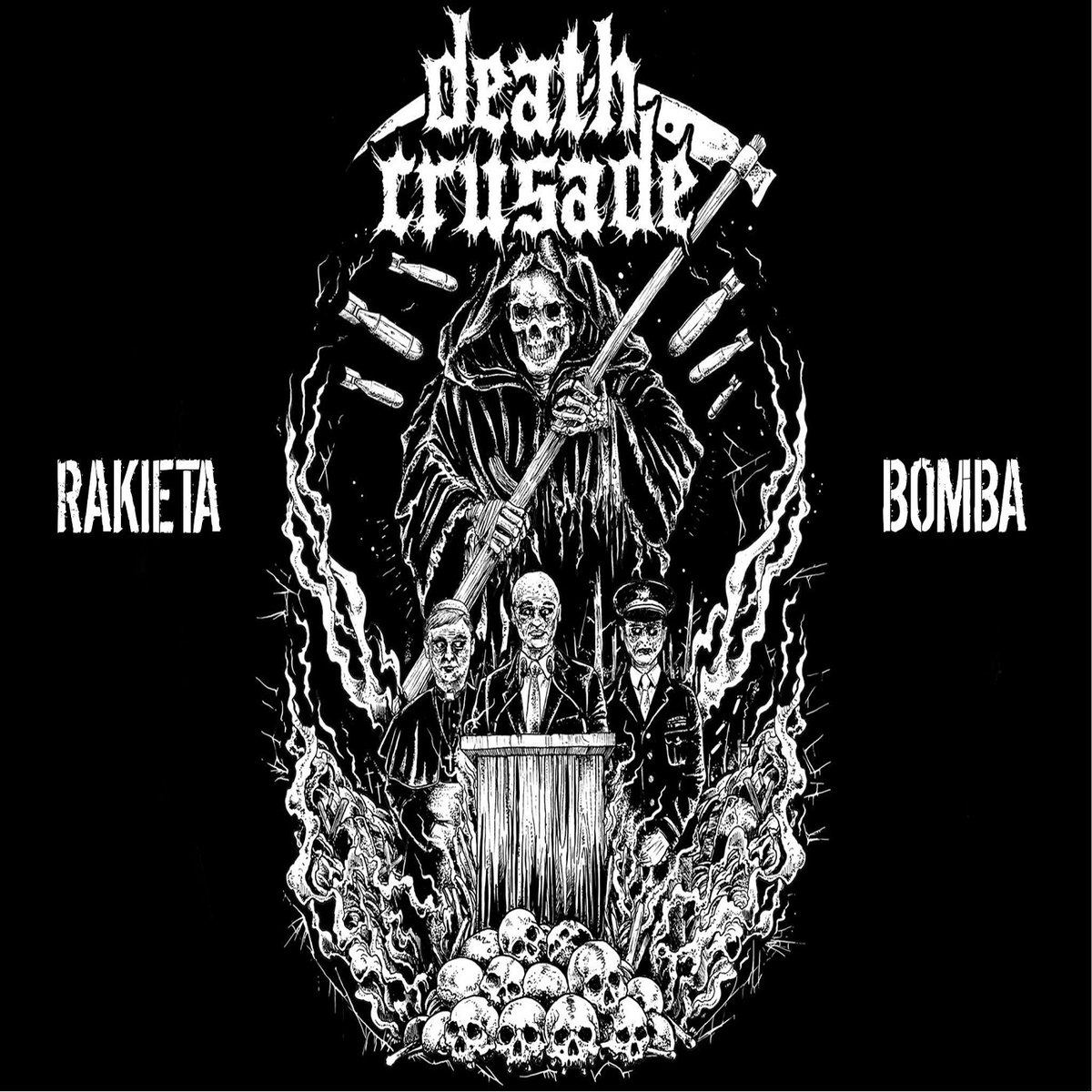 DEATH CRUSADE have been around for almost three years now but their debut record saw daylight just moments ago.  Released on CD by the band themselves, on a highly limited to 50 copies cassette tape by Lärmo Records (gone already) as new trends dictate (popular on Discogs one day on your internet), and soon availalble on vinyl released by the collaboration between Stradoom / Hidden Beauty / Chaos Days / Deviance / Phobia / D.I.Y. Koło.

Hailing from Poland, singining in Polish but not playing the Polish style crust punk you might be familiar with, played some 20 years ago.  This can successfully land on your shelf next to the likes of DOOM, ENT or DISRUPT and you wouldn’t tell this band comes from an Eastern European country with serious hang-ups.  Because, in fact, it is complexes-free band, that assumes boundries ceased to exist ages ago.  Having learned their crust job in bands like FILTH OF MANKIND or MONEY DRUG, you know they will deliver the extremely well balanced crust punk.

You might say “yeah, I’ve heard it all before” and you would be right, but then, when was the last time you heard a band that can replace the, I am sorry to say, aging-drunk ENT, “seen them ten times this year and it’s enough” DOOM and, sad to say, non existant DISRUPT? Ha?  See.  DEATH CRUSADE puts those bands in shadow and brings a lot of light and hope onto record shelves.  And in the venues, because live they are fun to watch and mosh to.  Or crash your beer bottles to.

So, get your hands on DEATH CRUSADE record now and experience the very well recorded and produced crust punk of the 21st century played the 80/90’s style.  At its very best.  And give your old crust records a proper rest they deserve.  Thank you.