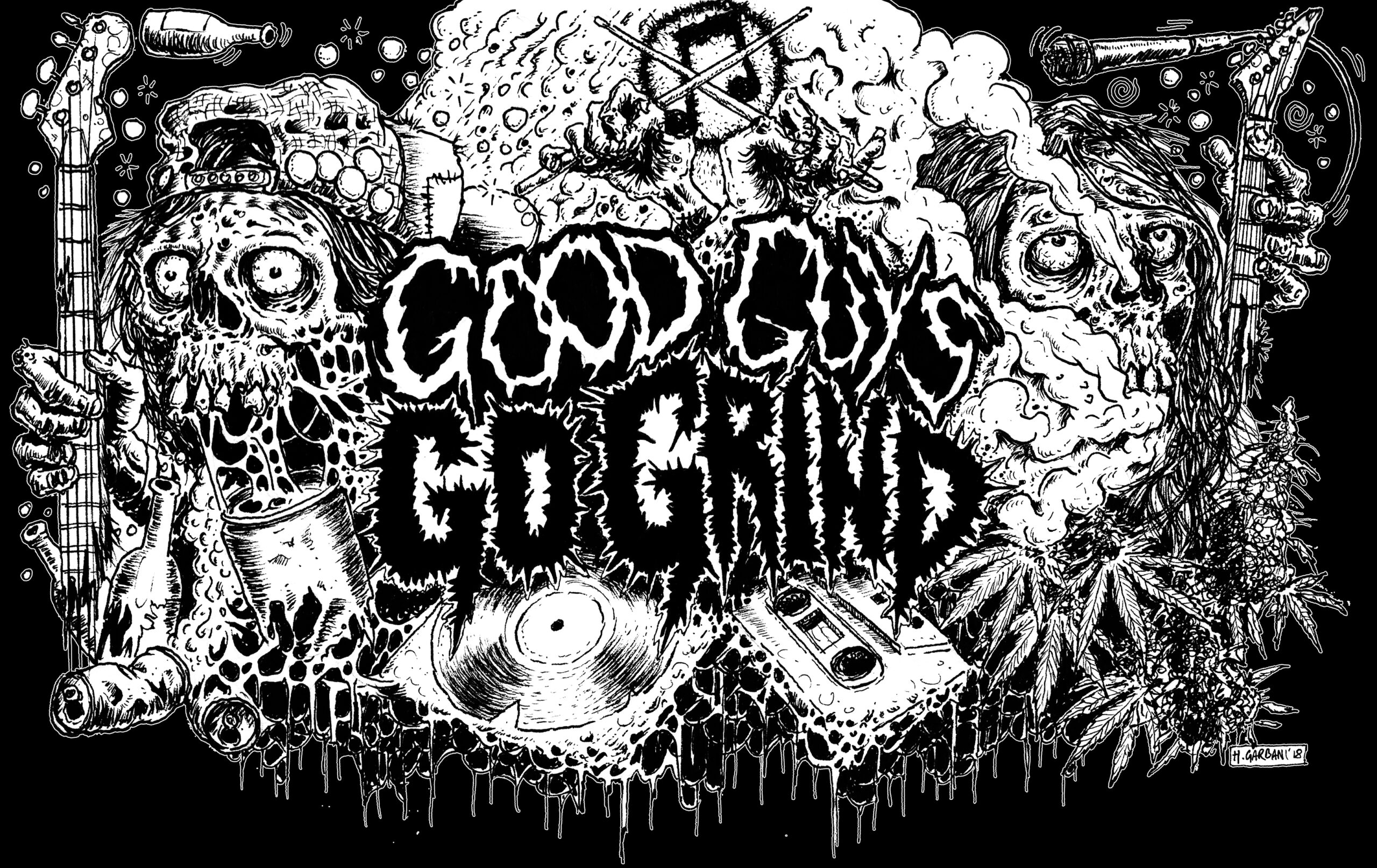 I cannot find a words to describe the tragedy of the war in Ukraine. To be honest, it took me extremely long to start writing this paragraph. Yet, some people needs to be mentioned here for their musical passion and supportive hearts – one of them is Alexander Bilous, who is behind a well known internet fanpage Good Guys Go Grind. For those of you that do not know (yet) – Alex is living in Kiev and despite the circumstances he is still active when it comes to suporting grindcore. But what is more important – he is also part of some scene-related charities for Ukraine. I’m honored, that he found a time to answer a couple of questions. Ladies and gentlemen, rise your glasses for a man, who’s a true hero.

Hi Alex ! First of all- thanks for finding time to speak with me in those horrible months. Let’s start with something very general – how is the situation in Kyiv right now?

Hi guys. Well, last 3 weeks we are under dense missile and drone attacks. The air alarm is screaming all night long. Also, we have some problems with electricity. I had to turn off all music equipment and other things to reduce the load on the entire network. Otherwise, all good, markets are working, coffee shops, and so on.

You became a quite of an underground legend already with your Good Guys Go Grind channel. How did it start – did you just want to create a space to post some grindcore-related news or have you planned to go that massive from the very beginning?

Hmm, the story is short. There was a local grind portal (Grind zone ua), I was making some interviews for it… and in one moment it was closed. But I still had some interviews that were not posted and I didn`t want them gone, so I created my own zine. Our grind community was and still is small so I decided to write everything in English, this way more people could read my stuff. And of course, it will be easier and better to promote and support local bands.

What’s the best grind release you’ve heard recently? Do you have a feeling that extreme music helps you to go through these hard times?

This year was very rich for good releases. We can talk for hours about it, hehe, but I will choose a few. New Triac is fucking pure ferocity, I listen to it really often. From gore releases, I would pick up the debut work of the all-star band Putrefaction Sets In… these guys know how to make a good noise. As for the second part of this question. Yes, music and friends help to keep me together, especially in this hard time. That is why I re-opened GGGG and started to write reviews and make interviews. I simply needed some positive things.

Agathocles! Hahaha! I will choose Terrorizer, these legends mean a lot to me.

Obviously, we want to talk about the situation in Ukraine. I know it’s a question with no good answer and everyone is asking themselves the same thing but – in your opinion, when and how the war might end?

It will end only if ruzzia will split up into a pieces. The putler`s death won’t change anything, that creature is just a reflection of his people (for example, these people who escaped to other countries are not against the war, they are against mobilizations. They want our death, but they don’t want to be killed). This war can be paused, but they will attack us again. We fight with them all our history. Sad, but that is our story.

You are acting as a “local point of contact” for some scene-related charity actions, just to mention Grind4Ukraine initiative as an example. Of course we all doing our best to help you, but do you think that scene’s support is making an actual difference?

Hard to say about the difference, maybe I feel bigger support from the scene because I know all these guys… Grind scene is making huge support! For a few first days, I got about 400+ massages. Many people wrote me about free space for our immigrants. Many people sent the money, my German amigos did some gigs, printed GGGG`s merch and sold it (and I am eternally thankful for that). Curby (from Obscene Extreme) and co help us as well. Same with many other people, I`m fucking blessed to know and receive so much support from so many kind people.

And of course, let’s jump to the most important question of the entire interview – how we can help Ukraine? What is the most needed right now, are there maybe any other things that we can start a charity for?

Well, obviously we need more weapons. But I think you could not help us with that. The second important thing is info support, many European TV news stopped showing the situation in Ukraine. That is sad, I know that you have a lot of own problems, but if we`ll fail these fascists will come to Baltic countries and Poland. The third thing is money, if you want to make a donation don`t be shy to contact me.

How is the scene going in Ukraine right now? Of course, I’m not asking about gigs, new albums etc. but surely there are a lot of punks, grinders and metalheads engaged in the conflict and supporting others. Can you say that the community goes together strong there right now?

You will be surprised but we still have gigs. A few weeks ago a band from Colombia played in Kyiv. Of course, all money is donated to the army after. I can`t say about unity between punks and metalheads for example, but everyone is doing their best to support people in need and the army.

You are still finding the time to be really active with Good Guys Go Grind right now and I need to admit- that’s impressive as hell. How do you still find time and strength to promote noise and blast beats?

Actually, I’m still volunteering, working my daily job, and taking care of GGGG, ha! It`s hard to find time for everything, but grind is a part of my life, and it is also my escape from this horrible reality. So it`s a pleasure to listen to this music, talk with the bands and labels, support them, and so on.

Let’s end with something more optimistic – what are your plans for Good Guys Go Grind for the future? How do you see your channel and your plans in general after the war?

It’s hard to talk about the future, especially now, when there is a risk of a nuclear bombing, haha! But I want to make a printed issue, open a distro, travel a lot, and visit as many gigs and festivals as I can. This is a plan. Thanks so much for this interview! And remember boys and girls, make a noise, not war!

If you want to support Ukraine and donate to Alex’s PayPal it’s: madgrind89@gmail.com