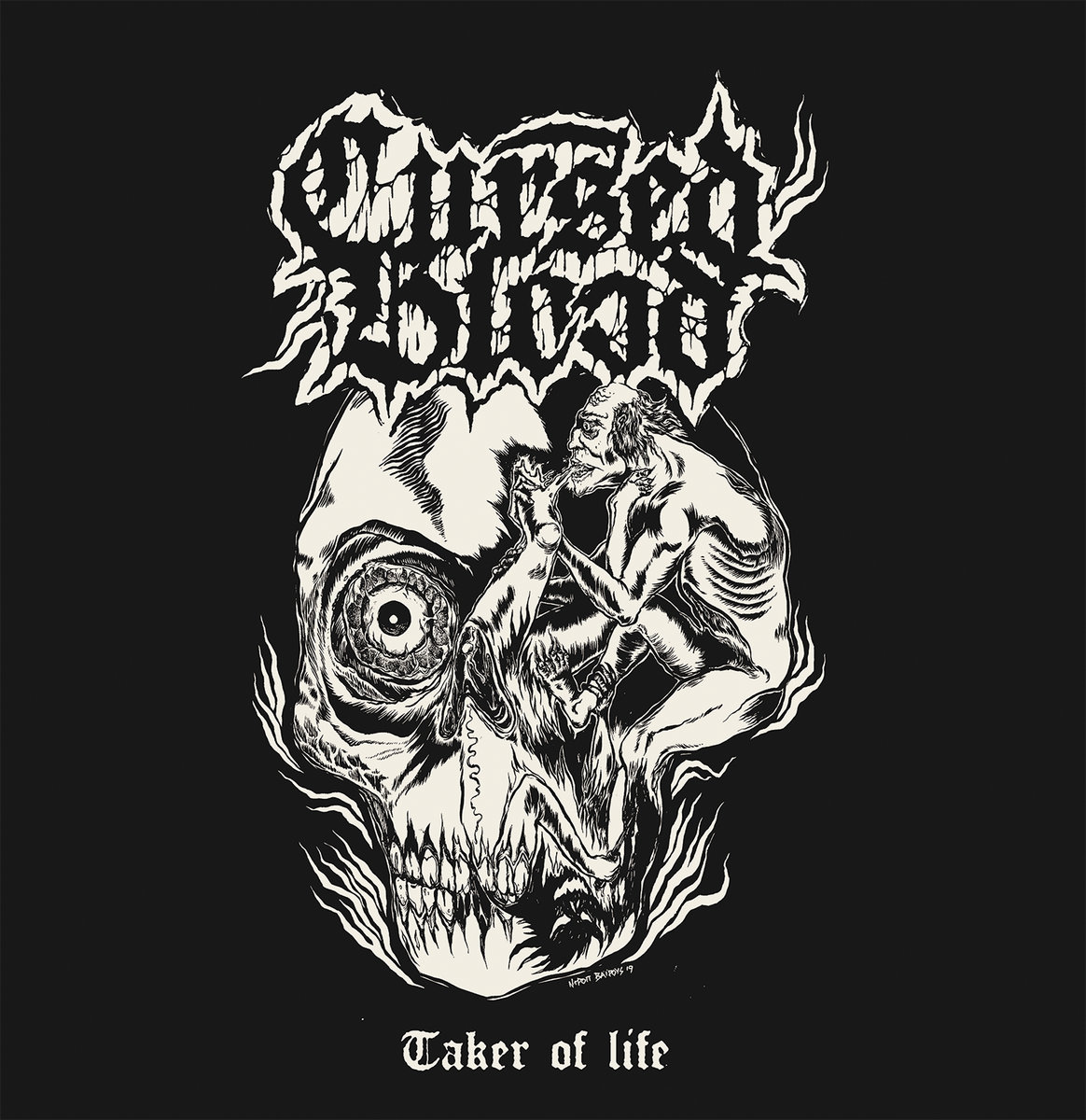 Back to reviewing routine at the of the year and I kick off with an album that has great chances to end up in my personal TOP 3 of 2020 LPs.

CURSED BLOOD are from Greece and they are a new creation although members have played in punk and metal bands, such as Dead Congregation, Burial Hordes, Sarabante, Vulnus, Nuclear Winter or Satan’s Wrath.

The idea for the band and its debut album is simple: bridge punk, death metal, thrash metal, black metal, sludge and crust. Impossible? Quite on the contrary! Yummy! I know it may sound like doing something by force, but no, CURSED BLOOD members have all the necessary credentials to blend genres of metal effectively and glue everything together with their own sound, which I think, is quite an achievement!

The record starts with a trash metal riff in “The World of Madness” and brings to mind classics of the genre, both from US and Europe. Next in line is “Silent Era” with black and death metal blasts in a thrash metal form. The title track, however, over 5 minute long suite, slows down quite a lot and brings to mind the US sludge rather than thrash. Move on to “Nailed” and you’re treated to a d-beat punk crust metal mixture. Not enough? You still have got 2 more tracks and I am telling you, they are no worse.

So, all in all, this is a huge surprise to round off the terrible 2020 and I am so glad this caught my attention. The record is a joint release between Creator Destructor from US and War-Anthem Records from Germany.