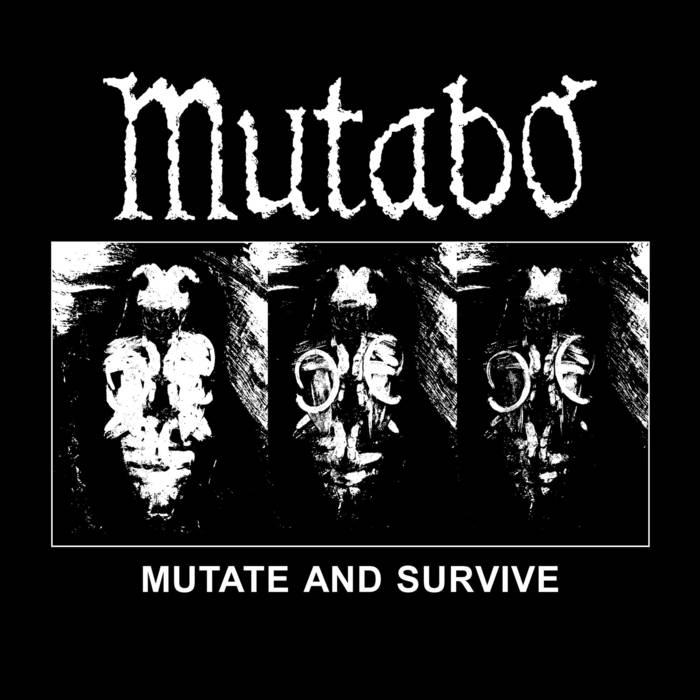 MUTABO are from Belgrad, Serbia and have two split LPs on account, both released by the mighty Belgian label Neanderthal Stench Records in co-operation with Nero One Records from USA plus ¡ZAS! Autoproduzioni, Angry Voice, and Anomie Records. Great co-op as ever, letting music access record players round the globe much quicker.

If you’ve skipped MUTABO it is time to make it up. The split with HELLEXIST starts off like SACRILEGE. Instrumental thrashy riffs and it gets even better once vocals arrive adding more demonic climate to the music. Think thrash meets punk meets blackened crust with the spirit of SACRILEGE all the way thru the record. Released on a great crazy drunk splatter vinyl.

However, the split with VASTATION seems to be a bit slower slower, there is more crust approach in the vein of MISERY with the same hellish vocals. Great soundtrack to your night bike ride.

What about their partners from the other side of the records? 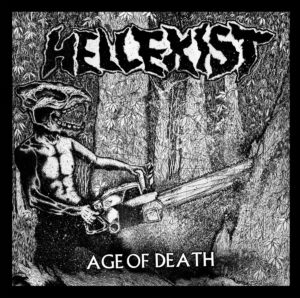 HELLEXIST are from Malaysia and not knowing why they want to blend thrash and death punk with grind core distorted vocals. It started nicely and very promising but once vocals arrived, the spell broke. Musically it has got everything you need from punks playing metal.  But when you bear with them there is a track or two when different vocals arrive, accompanied by the chorus and it is all different.  The guys even thrown in crazy guitar solos that add more magic to their heavy metal.  Check them out if you’re into metal punk but perhaps start with a different recording of theirs. 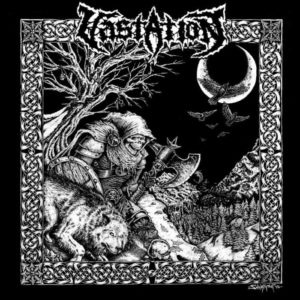 You might already be familiar with VASTATION from Portland, US. Great metal punk, with heavy riffs and sound and again gloomy vocals. Atmosphere of darkness, sound of sorrow, and smell of stench. Great continuator of what MISERY started years ago, but heavier. Your cherry here is NAUSEA’S “Cybergod” cover.