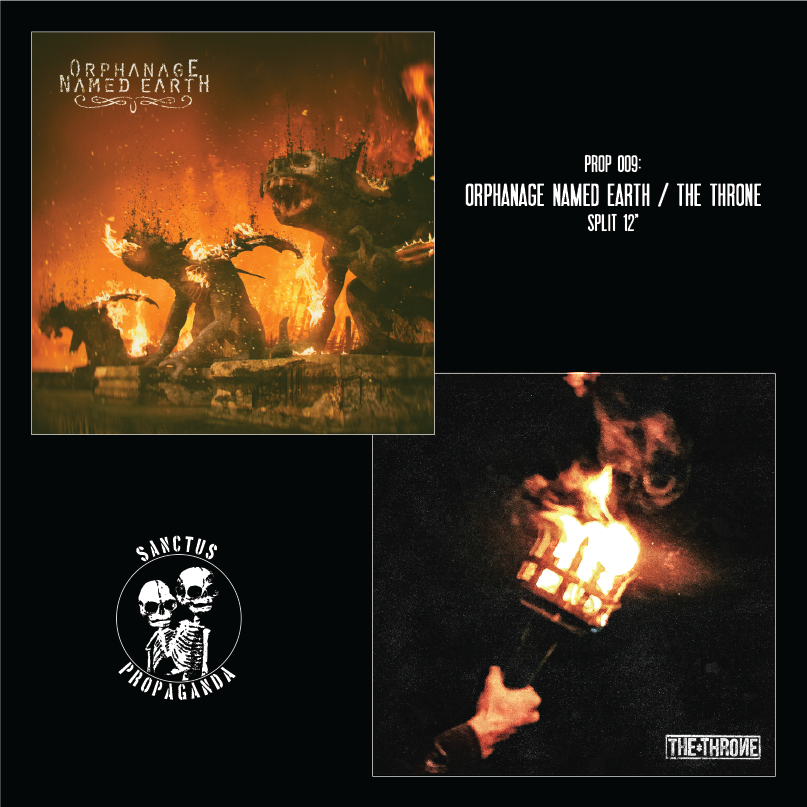 We are not finished with new releases for 2020.  Having announced PROP 008 HOMOMILITIA – s/t LP and PROP 010 WARWOUND – WWIII CD here is PROP 009 to fill the gap: ORPHANAGE NAMED EARTH/THE THRONE – split 12″.  This is ORPHANAGE NAMED EARTH third release (all released on SANCTUS PROPAGANDA) , and this time they put two massive tracks incorporating tribal drums, heavy riffs and romantic guitars blended with anger and the spirit of unity.  On the other side of the record is THE THRONE from north of Poland who debut on vinyl and deliver four heavy hardcore tracks that might blow your speakers up if you exaggerate with the volume.

Pressed on 140g FIRE SPLATTER limited edition and regular black vinyl, this release will be available March 20.  Pre-order starts March 2 so get ready.  We will also give you a bundle buy for this record, your chance to buy O.N.E merch cheaper (last copies) and “Saudade” CD.