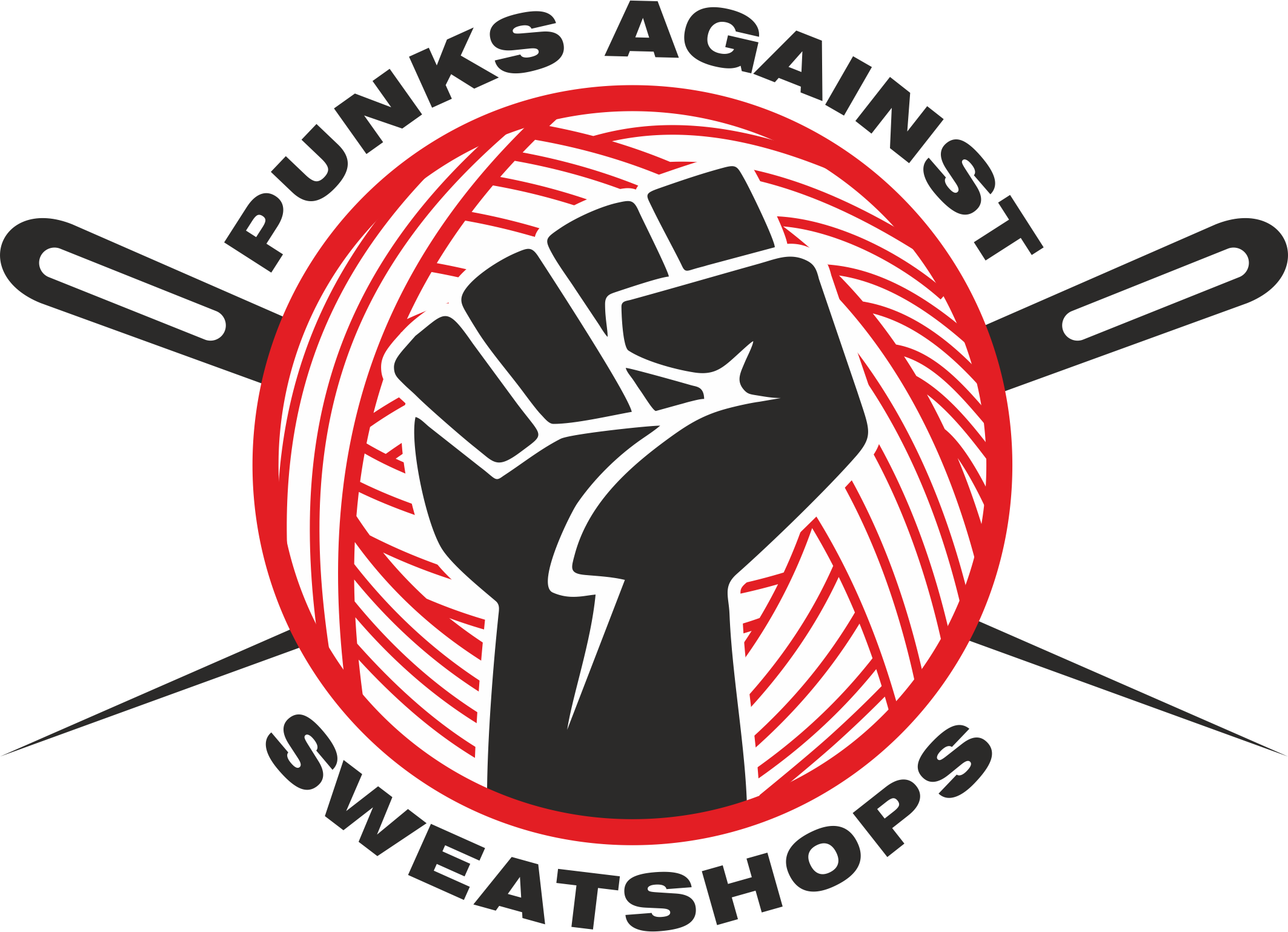 Bands pride themselves on being DIY (…) but they’ve overlooked where they buy and source their t-shirts from.

T-shirts sell in their millions every year. Punk t-shirts are part of that market.

Punk has always been about fighting for the rights of the weaker ones and against the oppressors. Just like we think what we eat, what companies we support, etc, it’s time to think where we source our t-shirts from as well.

Sourcing t-shirts from commercial producers that manufacture their garment in countries like China means supporting companies who employ vulnerable people who moved from the countryside to the city for work for minimum pay, have their passports taken away and live in terrible conditions. Most of the garment workers are women who are seen as weaker and easier to control by the employer. They face verbal abuse, sexual harassment and discrimination like increased working hours or unfair disciplinary measures. Also, many workers are children with no ability to attend school and in hazardous conditions.

You might have a punk band that’s selling some t-shirt with some slogan about workers rights, fuck the bosses, smash capitalism or something and it’s on a commercially produced t-shirt. It’s a complete contradiction.

Sanctus Propaganda does not want to be part of it. From now on, if we produce a t-shirt, we will make it fair-trade, knowing we help to kick out sweatshops from the punk scene. We hope you join us. One tribe!

Watch the video and see what Jello Biafra, Deek, Steve Ignorant, Penny Rimbaud and others have to say about sweatshops and fair trade in the scene.

(…) the majority of sweatshop workers are women so can’t really be in a feminist band and then support the exploitation of women thru the use of sweatshops.