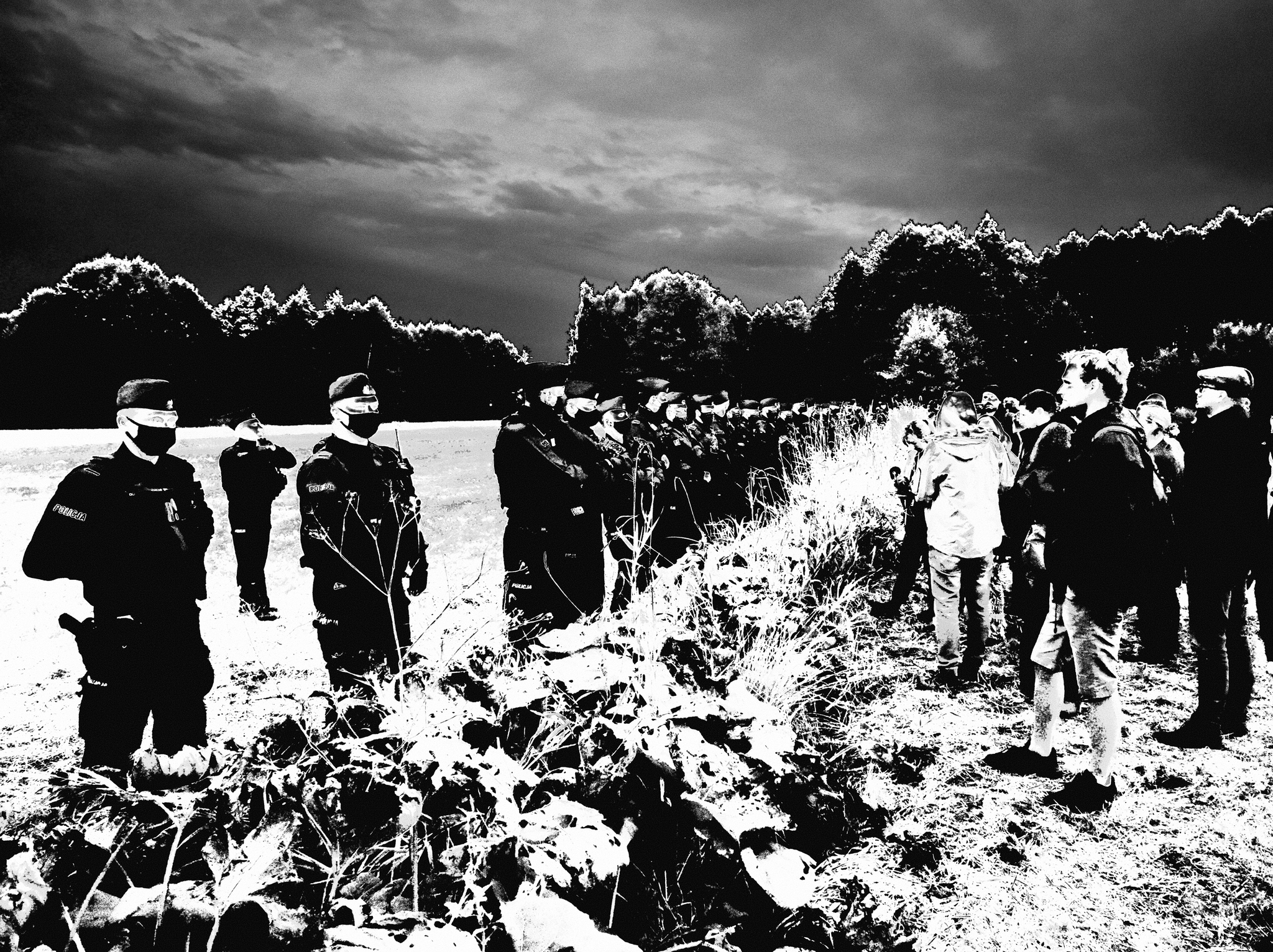 Sometimes there are texts that are particularly difficult to start. Texts that you know you have to write, but something deep inside your mind pushes you away from it. Over and over again. Sometimes it is caused by laziness, sometimes by other things. In case of this text – it was caused by shame.

Because I am ashamed. Even if I’m  far from calling myself a patriot or at least someone who deeply identifies with their nation, recent events shocked me so hard that I am still ashamed of Poland.

But let’s start from the very beginning, as I suppose most of the readers  come from other countries,  I think I need to explain the context a bit further. As we all know, recent Taliban takeover forced many people from Arabic countries to leave their homes and their lives. To escape. And due to geographical issues, a lot of them is traveling west, crossing Belarus with a hope to cross the Polish border, and either stay here, or go further to other places. I guess some of them left with no plan at all, but I can’t blame them – if I were to leave everything immediately (because my country became a war zone) and go somewhere far to start a new life, I probably wouldn’t have a time or energy to prepare a detailed plan as well. Nevermind, that’s not the point.

The point is that after crossing the Belarusian border, those people are not allowed to enter Poland. Do you know why? Neither do we.

Of course – rising right wing propaganda in Poland is not a new thing, and it’s not the first when our government is using an old technique based on turning an innocent group into a national threat just to show themselves as heroes who have eliminated it. First it was refugees, then LGBTQ+ community, now refugees again. As long as there is a lust for power, there will be an artificial propaganda creating an enemy. Right now, all gov-connected media are proudly informing that they have protected the borders and created an image of Afghan refugees as terrorists and evil that cannot be accepted – using the lowest propaganda techniques possible (showing a scene from zoophilic porn movie with a guy having sex with a cow and blaming it on refugees is the most disgusting example so far. And it happened on an official government conference).

To make it worse – those people are dying. Literally. Trapped between two borders, constantly being pushed back from one country to the other one (which is against the international regulations  willingly accepted by Poland), they’re left with little to no food, water or medicine – supplies provided by activists were thrown away by border guards. And number of people who didn’t make it through this anti-Muslim propaganda machine are growing. Some already froze to death during a cold night, some died of poisoning (Forced by hunger children ate a soup made of mushrooms they confused with an edible type..)

If by this point you were wondering if there’s any way for them to ask for help – there is not. Boarder guard are using all devices to disrupt mobile signal, creating noise where activists are trying to communicate with trapped refugees.. And if guards caught anyone, they phones were destroyed to make a communication even less possible.

But, well, killing people on the border doesn’t reflect well on authorities, right? And that’s the only thing that was taken care of. Currently Poland imposed state of emergency on Belarus border  and barred journalists from this area. Problem remains, but media were silenced. You know, it’s a bit like saying “Ladies and gentlemen, thank you for attention. Could you please turn off your cameras, as we’re about to kill now?”.

And there is much more. And it goes on. For days, weeks, months. I’ve tried to put it as brief as possible, as I know that one day there will be a longer article from the second Wojtek, who’s doing his best to support those people there. But I had to say something as well, as not being silent is the form of resistance we can take.

Ironically – Polish authorities are almost fanatically Christian at this point, everything is done to please the church and believers. And here comes  the truth about famous Christian mercy: you remember a story from the Bible, when Mary, Joseph and baby Jesus are searching a place to spend a night (being refugees from the other country)? Well, if they were in Poland, they’d starve to death.