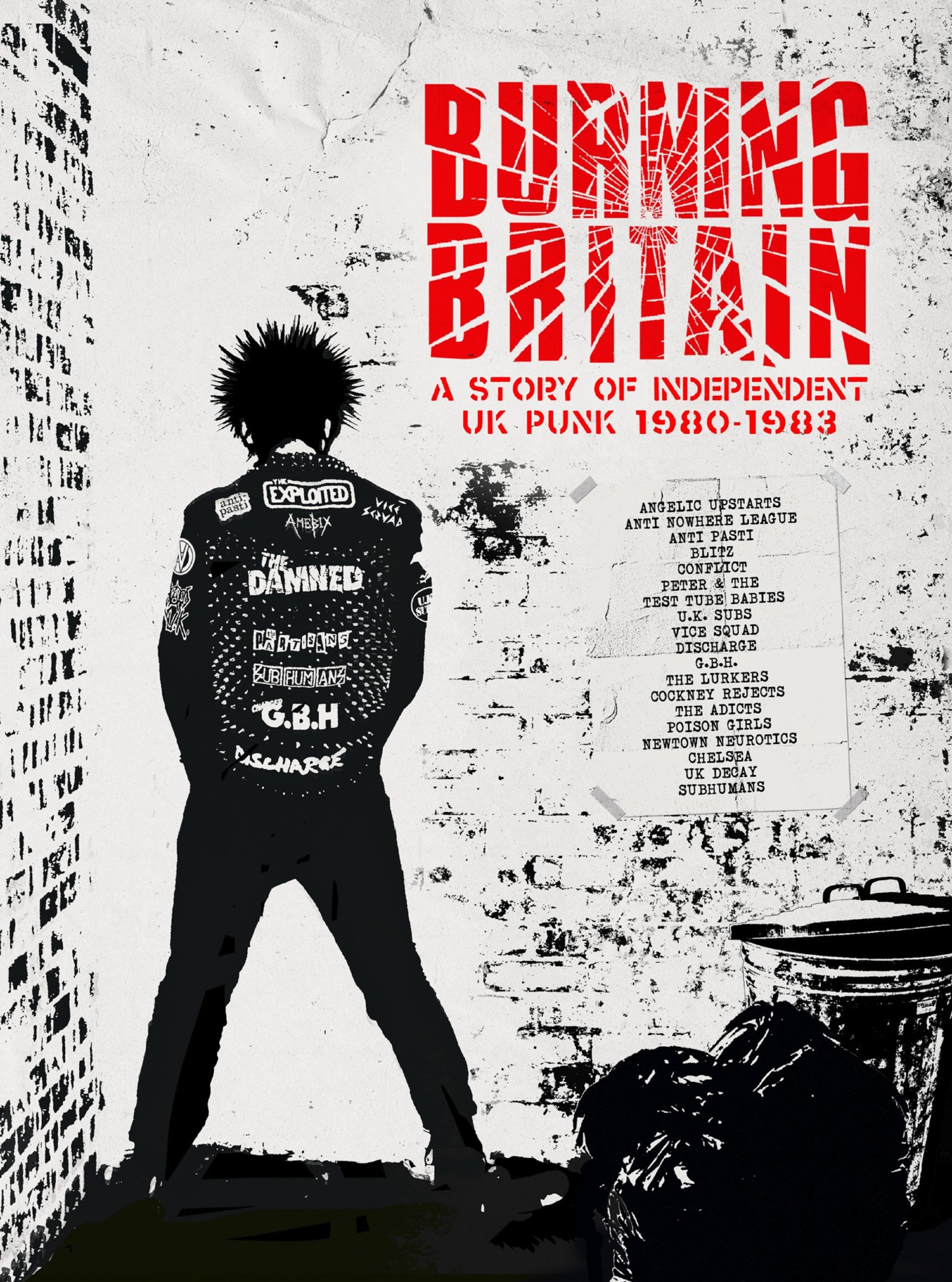 Those of you who have read the book called Burning Britain: The History of UK Punk 19801984 by Ian Glasper (interviewed here) know that this is the only well documented source of UK punk bands of the period.  And not only the ones that made it further than a demo, 5 gigs and perhaps an EP for those who were lucky.  But also those bands that never made it to a wider audience than a circle of closest friends with their bedroom demo tape, but musically were ahead of their times.  Treat this book as a tribute to such bands.

Now, the book has its own musical soundtrack.  It is always good to read about the bands and look at the photos, but nothing will replace music.  Now you have the chance to hear those bands and perhaps find some new friends there, those bands that were never destined to reach your ears but now.  This is BURNING BRITAIN: A STORY OF INDEPENDENT UK PUNK 1980 – 1983, VARIOUS ARTISTS 4CD BOX SET.

4-CD box set, 114 tracks also including the punk classics of the day that made it to Indie charts PLUS a 64-page booklet assembled by Ian Glasper himself.  You can’t ask for more.  But you will want more because some of the names you hear there will become your new favourites, so prepare for the nostalgia and melancholia as well.

Get your copy here NOW!