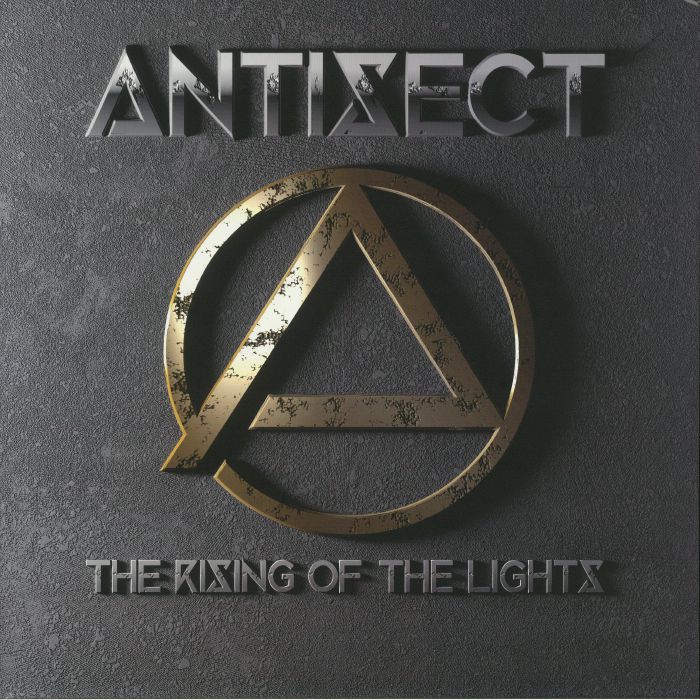 Allright, so some time has passed since the release of this record and I remained silent about it. Primarily because I wanted to have the physical copy of the album and then write a proper review, rather than listen to the full album on youtube, which ANTISECT made public in full the very first day of the release. I didn’t rush myself to order it and one day I accidentally came across this album in a local record store. So here we go.

When you approach new releases of ANTISECT or AXEGRINDER, or even “Sonic Mass” by AMEBIX you need to remember that those albums were written many, many years later after their previous releases. And most importantly, there was nothing in between. Silence. Each member was busy doing something completely different, busy with their projects, living their lives in a developing world that ultimately had the influence on the sonic production when they finally sat down to write it. So assuming they will continue where they left off some 20 odd years later is doing them harm. You need to treat it as a completely different band on one hand, (who decided to keep their name and they had reasons for doing so), and look for the old band in things like message, on the other.

This is how I treat “The Rising Of The Lights”. The second full length album by ANTISECT, written 23 years after “In Darkness There Is No Choice”. Only by looking at the album you instantly know that ANTISECT want you to treat them as if they were a new band. There is no black&white anywhere, there is a completely new logo in gold, new typography, brown texture and all white 20-page booklet. It all suggests the band has been reinvented because it is functioning in completely different times. So take it as it is.

They also explore new sonic territories here. So, who recorded the album? First of all, Pete Lyons, the only member present in all line-ups. Guitarist, now main vocalist, sound engineer and a producer of this album. John Bryson – bass ands vocals who recorded the “Out From The Void” EP. Joe Burwood – drums. The only musician who never played in ANTISECT of the 80’s but has been in the band since its reformation. Expecting this line-up to give you something like “In Darkness…” would be expecting too much. Lyons has always been exploring new musical grounds for the band and took it from “In Darkness …” era to much much heavier sound in “Out from…”. Bryson on the other hand, took part in creating this heavier and more metal ANTISECT known from the EP and Burwood is known from an industrial black metal VOID from London.

This crew gave us The “Rising Of The Lights” which makes a completely different ANTISECT. Not worse. Not better. (It’s up to you to decide). Just different. It’s more metal, or post metal should I say, approach to punk riffs that sometimes end up in more rock than punk rock territory. The guitar plays solos and the vocals sing rather than scream or shout. Also, do not expect very heavy or dirty sound. The drums are pretty selective, as well as the bass guitar. Overall, this is an interesting take on post metal with no fear of playing some d-beat here and rock there.

Lyrically, ANTISECT show us the corrupted world in the eyes of 50+ year old punk, with heart attack on his account and direct action against animal abusers in his early days. It is not optimistic at all but showing the truth of where we are heading. Hopefully, not to the line that finishes the record: “In the end – we all die alone”.

And there is this 20-page booklet I mentioned full of Lyons writings, thoughts and conclusions about todays world, our place in it and what we can do, individually and together, to make it a better place. It is constructive, philosophic at times, definitely angry, swarming with swearwords to give it more meaning. He doesn’t have a recipe for anything, nor should you expect any, he rather thinks as he writes but it is definitely worth a thought. Start your new ANTISECT adventure with this booklet, like I did.

It’s a very thought over album, complete I might conclude, where message is delivered to any open mind coming from any (musical) background, and I am sure it will plant a seed.

“The Rising Of The Lights” is dedicated to the memory of Renusze Rokicki, who recorded the “In Darkness…” album and Ade Miller, I guess an early member of the band who thought of the name ANTISECT.