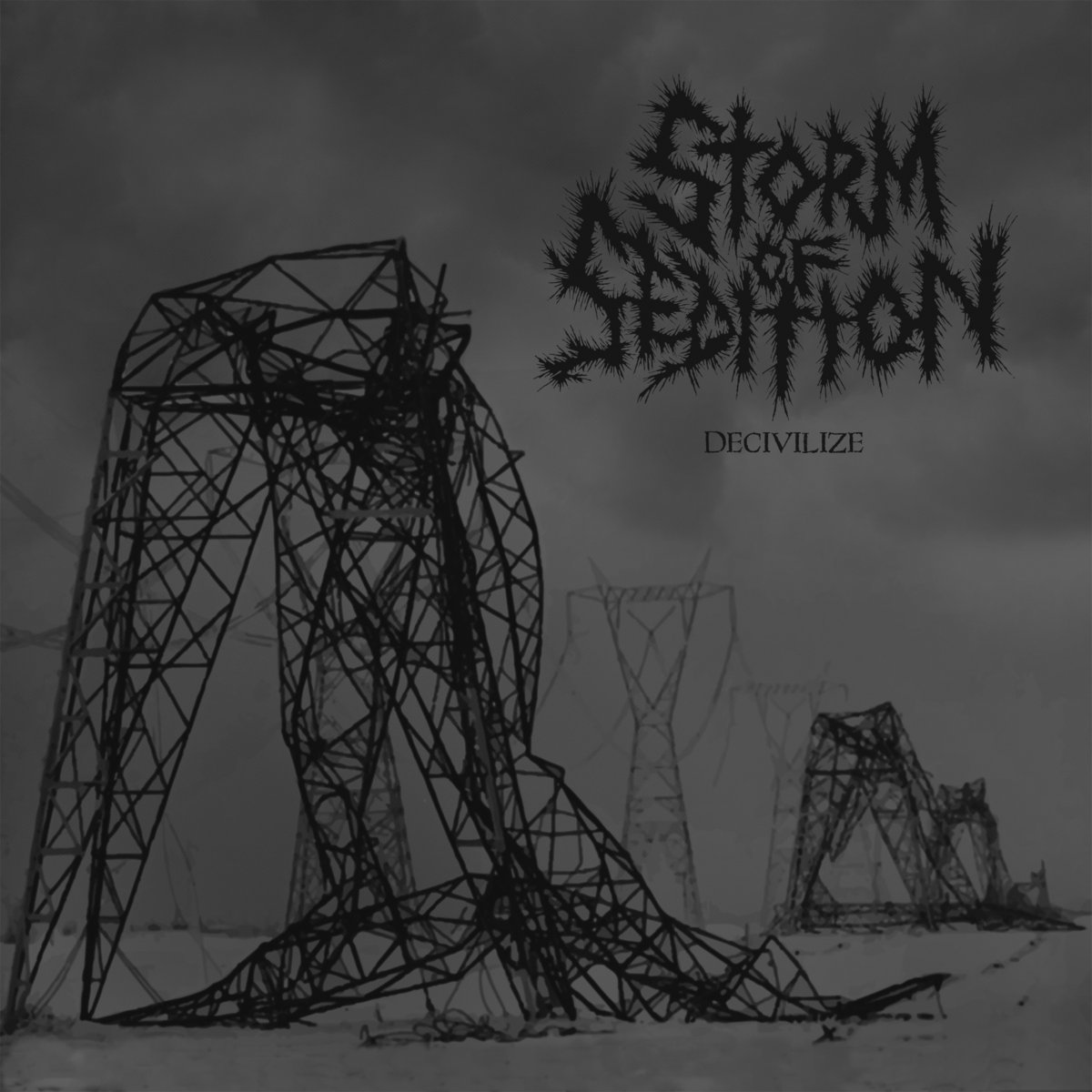 STORM OF SEDITION are definitely one of the most interesting bands emerging from the international conspiracy of DIY punk in the world.  Not Canada, where they come from, but the world.

Sharing members from the likes of ISKRA, CREPEHANGER, LEPER, and MUTINY, STORM OF SEDITION kind of takes the usual black metal crust noise into another dimension.  There is place for everything here.  Especially, they give you time to take a deep breath.  I like when they stop and take their music slowly, lyrically and emotionally.  When samples are activated, when the guitar plays music not noise and drums slowly introduce you to the upcoming and inevitable noise.  The noise they make is black metal inspired with tons of stench coming from your speakers.  Dual vocals make it an interesting listen, an exception these days in this genre.

Decivilize is their debut LP released in 2016 by Profane Existence and Neanderthal-Stench and all I said in the foreword applies to this record.  It’s a perfect combination of war and peace, romance and hatred, ferocity and moderation.  The way they doze emotions, speed and fury is well balanced and makes the record a thought over concept.  And, I cannot resist but say that Disconnect brings loose associations with a song by a band called … SEDITION.

The split LP with HUMAN HOST BODY gives a slightly different picture of the band.  I would say there is less air in the songs, less time to tell a story and enough room for black metal, metallic guitars, growling vocals and … yes … short maniac solos.

STORM OF SEDITION declare war on civilisation.  They are against any form of repression by technology and slavery.  This is well reflected in their lyrics that are usually accompanied by in-depth explanations.

HUMAN HOST BODY, on the other hand, hail from Slovenia and, surprise surprise, play black metal crust.  This however, is more metal and you can feel satan in the air.  Lyrically the band suggests the collapse of this world to build another one, with Ted Kaczynski’s thoughts being inscribed in their lyrics.